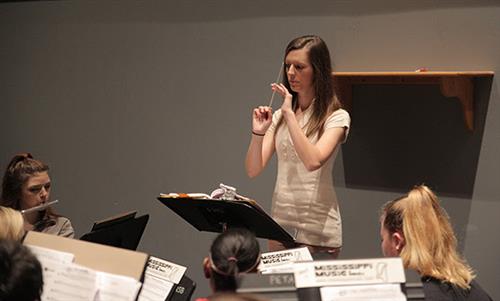 Mrs. Swindoll is in her sixth year with the Petal School District and ninth year overall in education. She served as Director of Middle School Bands from 2016-2020 and began her position as Director of Bands beginning in September 2020.

Mrs. Swindoll attended South Jones High School and Jones County Junior College both in Ellisville, MS, then went on to the University of Southern Mississippi to earn her Bachelor’s and Master’s of Music Education. In December 2020, Mrs. Swindoll earned her National Board Certification in Early Adolescence and Young Adulthood Music.